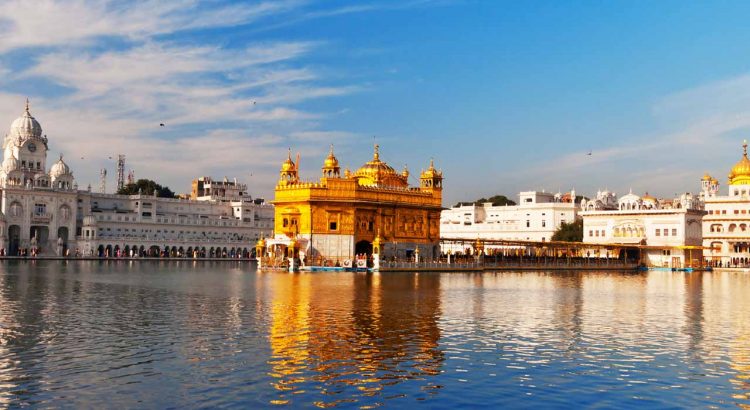 The small city with extraordinary food and a historically rich background leading back to the time of India’s fight for independence, the city of Amritsar will be both an enlightening and rejuvenating experience for every Indian around the world. The good food is an added bonus.

Amritsar is one of the most popular cities in India. It is also the holiest cities for sikhs all around the world as the Golden temple present there is the ultimate pilgrimage site of the Sikhs all over. For Punjabis and sikhs, Amritsar is as auspicious as the holy Mecca for the muslims. It is visited by millions every year especially during the time when the festivals are held in the temple.

Amritsar lies about 460 kms from New Delhi and its takes about 7 and half hours by a Delhi to Amritsar taxi to reach. The taxis and buses leading to Amritsar during the peak seasons are packed with devotees heading to Golden temple. People flow in terms of thousands and the whole city comes to a halt. The complex of the temple is magnificent and nothing short of majestic. It is no doubt the main attraction of the city and the excitement is off the roof. Before you enter the temple, you are required to cover your head and remove your shoes. Keep in mind not to wear fancy footwear when you visit the temple as there are numerous cases of stolen footwear on a regular basis outside the temple. If you are to visit the temple, make sure you visit it twice; make the first visit during the daytime when the temple is busy and bustling with devotees and the other at nightfall, when the large temple complex is totally lit up.

Apart from being a pilgrimage site, Amritsar also goes way back into the history of India and plays a pivotal role in shaping the independence of India. Many martyrs who laid their life for the struggle of India’s freedom comes from Amritsar and the city has important landmarks which mark the significance of freedom struggle. Just about a short five minute walk from the temple lies the spot of the JallianwalaBagh, the site of the great Amritsar massacre tragedy which took place in 1919. It still goes down into the history as the most brutal incident where 1579 unarmed men, women and children were massacred in cold blood. This place is visited by everyone who visit Amritsar to pay respect to the lost souls.

Another factor which really contribute greatly to Amritsar tourism is the food. Amritsar is the seat to the world famous punjabi cuisine and you will get to taste the best and the most authentic rendition of the Punjabi classics both vegetarian and non vegetarian. Food is a major calling in this part of Punjab and you are guaranteed to gain an inch or two around your waist if you intend to stay longer than you had initially planned!