Carve Out Some Time For Illuminating And Exciting Trips! 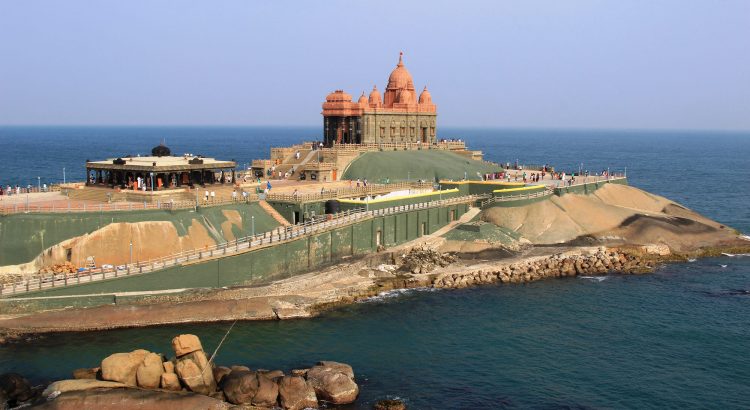 The world is packed with responsibilities, office deadlines, family issues and so much of work. Amidst it all, you should take some time off for your pleasure and leisure too. Whatis the point if you are always working, working, and working? Are you really making some special moments to cherish in the future? Are you going on tours and holidays with your family, friends and dear ones? If not, then you have to give it a thought.

You can explore different corners of India through simple packages. For example, you can grab a Tirupati Madurai Rameshwaram Kanyakumari tour package and explore everything that falls within its realm. There are so many tourist attractions and destinations that will fill you with enjoyment, enlightenment and of course pleasure.

Talking about Rameswaram, it is located in the Gulf of Mannar. It is at thetip of Indian peninsula.  Along with Varanasi, it is believed to be one of the most Sacred places in India. It is also a part of the Char Dham pilgrimage. The Ramanathaswamy Temple that is devoted to the Hindu god Shiva is snuggled at the centre of the town. It is   closely linked with Rama. Butthe temple and the town are consideredholy pilgrimage place for Shaivites and Vaishnavites.

You will be surprised to know that this spiritual place is situated on a gorgeous island. It is separated by a tiny Pamban channel from Sri Lanka. As per the Hindu mythology, this is the spot wherein Lord Rama formed a bridge across the sea to the place Sri Lanka.  Lord Shiva is worshipped in this place with utmost grandeur and admiration. Well- known for its superb prakaras with huge sculptured pillars on either side, Ramanathaswamy Temple encompasses the longest corridor in the entire world. Agniteertham is well-recognized for its holy waters and the Pilgrims carry out Poojas in honour of their ancestors at this coastline.  Similarly the five-Faced Hanuman Temple here holds the floating stone that was used to construct the bridge between India and Sri Lanka.

There are plenty of things that you can do at this place. Rameswaram has many spots for you to explore like Rameshwaram Temple, Agnitheertham, Dhanushkodi Temple and Beach, Glass boat ride at Pamban Bridge, Anna Indira Gandhi Road Bridge, The Five-faced Hanuman Temple and much more. These places will leave you enchanted by their spirituality, artistic charm and beauty.

Located at the tip of Indian Peninsula, Kanyakumari is the southernmost edge of mainland India. Kanyakumari is snuggled near the Western Ghats and surrounded by the Laccadive or Lakshadweep Sea at southwest, southeast and also south of city. Kanyakumari has always been one of the chief hubsof arts, culture and spirituality since the ancient eras. The beaches in this city are also the only beaches in the entire world wherein you can experience both the sunrise and sunset. The numerous temples in this gorgeous city of Tamil Nadu are visited by thousands of pilgrims and the primeval beaches arrest a large number of tourists to this city. Below are a few places of this city that will catch your eye and heart both in no time!

This shrine is visited by thousands of pilgrims every single year and the architecture of this temple is also strange and engaging.

So, the bottom line is that you have to carve out some time for your pleasure and delight. These were some of the amazing sites that you can explore. Of course, India has so much for you to experience and explore. Just find out something like Madurai RameshwaramKanyakumari tour package and the package is going to organize everything for you.