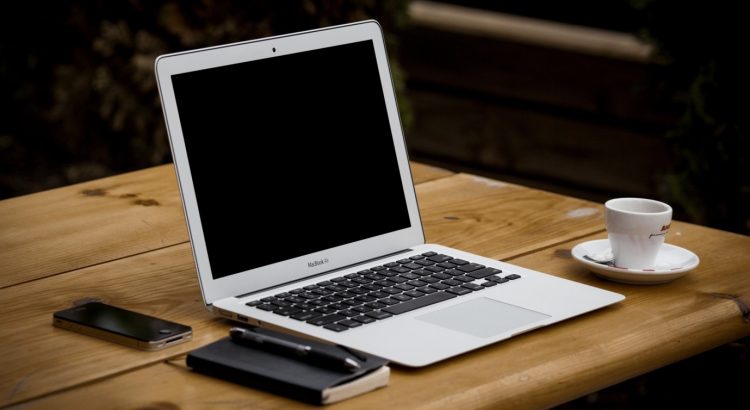 It’s hard to imagine life without computers these days. After all, over 2 billion of them (that’s billion, with a ‘b’) are in use across the globe right now, and we rely on them for everything from work and gaming to streaming films and social networking.

Going through life without a good PC can be a serious challenge as a result! Unfortunately, though the best computers don’t come cheap. It takes thousands of dollars to buy the latest models from the biggest brands, which is unfeasible for anybody on a budget.

Know the struggle? Well, the best laptops under $600 could provide a viable solution.

They may lack the fancy features of high-end alternatives, but they pack more than enough punch to handle the most important jobs. Better still, these PCs deliver amazing bang for your buck! Want some expert insight into the best budget laptops of 2020?

Keep reading to discover the very best laptop deals on the market today.

Avid gamers will tell you to avoid budget computers at all costs. And for good reason! They never compare to top-shelf computers that boast incredible processing power and graphics cards.

Nevertheless, the Lenovo IdeaPad 3’s a worthy choice for aspiring gamers who can’t afford a $1000 device. At under $500, you’ll struggle to find another laptop with the same capabilities at this price-point. The AMD Ryzen 5 processor delivers similar performance to an Intel Core i5 at a fraction of the cost; the Vega 8 Graphics chipset provides impressive image quality.

Throw in the 8 gigabytes of RAM and 256 gigabytes of storage (SSD), and the IdeaPad 3 is hard to fault. It goes without saying that these specifications aren’t just good for gamers! Anybody, whether they choose to play video games or not, will enjoy the capabilities of this awesome PC.

Lightweight, durable, and pleasing to the eye, the ASUS Vivobook 15 deserves mention too. This computer’s a good all-rounder that provides high-end performance at a fair price.

With an AMD Ryzen 3 processor and 16 gigabytes of RAM, the ASUS should be able to handle most tasks you throw at it too! Combine those attributes with an AMD Radeon Vega 3 integrated GPU, and even casual gamers could buy this ASUS with confidence. It packs some cool features too, such as a fingerprint reader (a secure way to access your computer) and a backlit keyboard.

Our only gripe is its 8 hours of battery life. That’s by no means a trivial amount of time and shouldn’t put you off. However, it’s far less than others on this list and makes it harder to complete power-intense activities without connecting to mains power.

The Acer Aspire was one of the best value for money laptops that we came across! It’s a great all-rounder, with a 15.6” full HD display, pre-installed Windows S, and a 10th generation Intel Core i3 processor that packs a decent punch of power. You can find models with 4 gigabytes of RAM and 128 gigabytes of storage for well under $600 (and sometimes under $500!).

You’ll also appreciate the number and array of ports, including HDMI and USB-C options. All told, there are far more connectivity points than you’d expect to find on such a well-priced and lightweight computer. Throw in its backlit keyboard and Wi-Fi 6 capabilities, and you’re onto a winner.

The Swift 3 is another Acer laptop that boasts amazing specifications for the price. Good cheap laptops don’t get much better.

You’re looking at an Intel Core i5 CPU with 8 gigabytes of RAM, 256 gigabytes of storage (SSD), and an Intel UHD Graphics 620 setup. That’s remarkable for a $600 computer, and the attributes don’t stop there. Purchase the Swift 3, and you’d also benefit from numerous USB ports, Gigabit Wi-Fi tech, 12 hours of battery life, a 14” full high-definition screen, and a sleek aesthetic to boot.

Oh, and it only weighs 3lbs!

Overall, this laptop is hard to fault. Everything from its looks to its performance is second to none. If you ask us, the Swift 3 could easily take home the prize as ‘best laptop under $600’ on this list.

That’s exactly what you get with the HP 14-DK1031DX. Super affordable, this HP computer comes with a 14” screen, an AMD Ryzen 3 processor, and 8 gigabytes of RAM.

However, its biggest selling point is its enormous 1 terabyte HDD. That’s an insane amount of storage space for a budget computer! Sure, the HP 14 won’t be as fast or smooth as SSD computers. Yet you’ll be able to keep so many files, photos, and films that you probably won’t mind.

Anybody hunting for a lightweight and versatile 2-in-1 laptop that’s well under $600 should pay close attention to the Microsoft Surface Go 2.

Now, its specifications won’t blow anyone away! The Intel Pentium Gold CPU will be unable to cope with strenuous computing tasks (such as editing videos or handling multiple jobs at once). The 64 gigabytes of eMMC storage won’t hold as many files as most people need.

At around $400, though, the Surface Go 2 provides good bang for the buck. Sleek and modern to look at, you can use it as a tablet (for watching movies on the move, etcetera) or a standard laptop (for tapping out emails or work docs, etcetera). In either setup, you’ll appreciate its bright screen, quality webcam, and a respectable amount of battery life.

The Lenovo flex is another amazing deal. It’s a Chromebook, which means it doesn’t boast the same power, memory, or features as traditional computers. However, this shouldn’t be an issue if you’re willing and able to operate on web-based services (such as Google Docs).

Furthermore, what it lacks in functionality, it more than makes up for in versatility and features (not to mention price). Case and point?

This is a 2-in-1 device that you can use as a traditional laptop or tablet- a capability that explains the name, ‘Flex.’ That added practicality makes it ideal in a range of scenarios, such as delivering presentations or streaming movies at home.

In terms of specifications, buy a laptop like this one, and you’ll enjoy a 13” full HD display, an Intel Core i3 processor, a 64 gigabyte SSD (which should be more than enough for a Chromebook), and 4 gigabytes of RAM.

Anybody who’s on a tight budget should consider the HP Stream. Why?

Because this incredible laptop costs a little over $200, which is an absolute steal in our opinion, you’d be hard-pressed to find a cheaper laptop from a reputable brand like HP!

Now, at this price, you can never expect the same performance as more expensive devices. And it’s true that the Intel Celeron N4000 CPU isn’t the best in the world. However, you’d still benefit from the Windows 10 interface, 64 gigabytes of flash storage, and 4 gigabytes of RAM.

It’s also lightweight, portable, and offers an incredible 11 hours of battery life. The Stream’s specs, features, and price tag make it ideal for anyone who wants a simple computer (for word processing, online searches, and so on) that won’t break the bank.

Do you like the sound of the HP Stream but not the look of it? Well, the Samsung Chromebook could be a perfect alternative.

Good-looking and lightweight, you’d benefit from the same $200-300 price point and amazing 10-hour battery life. Oh, and the high-quality webcam’s another noteworthy feature that’s sure to come in handy. However, there are notable differences to bear in mind too…

First and foremost, it’s a Chromebook! That means it operates online using the Google Chrome OS, which could be a hindrance compared to the HP Stream’s Windows system. Likewise, the Samsung Chromebook 3 also has a much smaller 11.6” screen and just 32 gigabytes of flash storage.

Don’t Forget the Best Laptops Under $600

There’s no denying it: PCs have become a central part of the modern world. We use them for everything- especially now, during COVID-19, when lockdowns, social distancing, and remote working have become the norm. The result?

Owning a computer is now all-but essential in our professional and personal lives! Without one, it’s harder to communicate, access information, entertain ourselves, and stay up to speed on current events. Unfortunately, though, the best PCs don’t come cheap, which is why we put together this post on the best laptops under $600.

As we’ve seen, you don’t have to break the bank to get hold of an awesome computer. Keep the suggestions above in mind, and you should be one step closer to finding the perfect PC for your needs without overspending. Would you like to read more articles like this one?