It’s All About Pretending To Be Someone Else 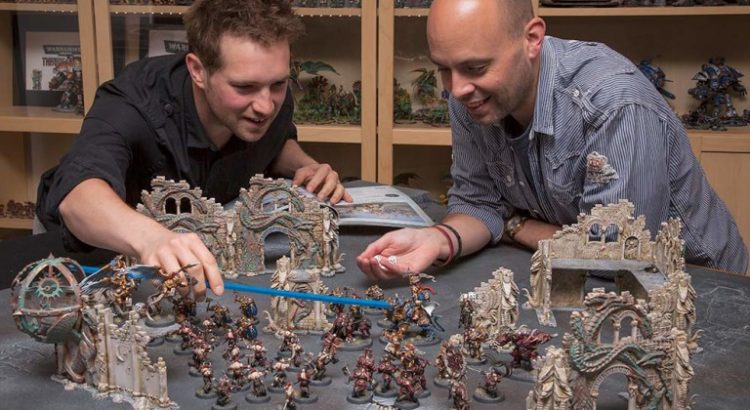 Role play games have been around for many years (and we’re not talking about the sort of games that you would in Fifty Shades of Grey!!). Ever since dear old JRR Tolkien put pen to paper and wrote the Lord of the Rings people have wanted to be a part of the story. One of the best ways to do that was through the realm of the Role-playing game. At it’s height in the late 80’s there were several hundred published generally based around fantasy, science fiction works and comics plus horror books that were already in existence.

However, there were plenty that also featured as a standalone world/universe created by the game designers. In a massive break from the traditional games of the past there was no board just a load of complicated dice, your character sheet and most importantly your imagination.The advantage with role playing games is that you can play them anywhere you don’t need anything other than the character sheets.  War gaming is also a popular element but if you get bored of plastic figures then for a more immersive experience you could take part in a tank driving experience.

The first and still the Grandady of all Role-playing games is Dungeons and Dragons (D’n’D for short). It featured Dungeons quite a bit filled with Cobolts and Goblins that were in the way of the gold that you needed to progress your character.Again the works of Tolkien and CS Lewis were a very big influence on the creator Gary Gygax (yes that really was his surname). If you met a Dragon you were in deep trouble and your character would have needed a lot of gold to progress to be able to take that it on. There was soon a British contender to the dominance of D’n’D. Ian Jackson and Steve Livingstone created Games Workshop in there dingy London flat in the early 80’s. Big players of D’n’D, they wanted to create games that did not involve them having the flat covered in cherry veneer from all the Chessboards they were making. They created the Fighting Fantasy books which were part novel and part game. You made the decisions and turned to a page as directed by the text. They were fantasy based to start but a few horror ones came in and some science fiction too. Again, all you needed was a dice and pencil plus your imagination. It fit in your pocket and could go anywhere. From the money they made from the books Games Workshop went on to create War hammer a Fantasy war game pitching a Human empire against Orcs, Trolls and the forces of Chaos.

Out of this came the War hammer Role playing game. This was a huge turning point as it was set on an established world with geography that could be moved around and played anywhere in. Unlike DnDwhich was open and undefined the was a purpose. The War hammer game has produced a future version across the Galaxy and multiple spin offs.