Rome: Past in Present 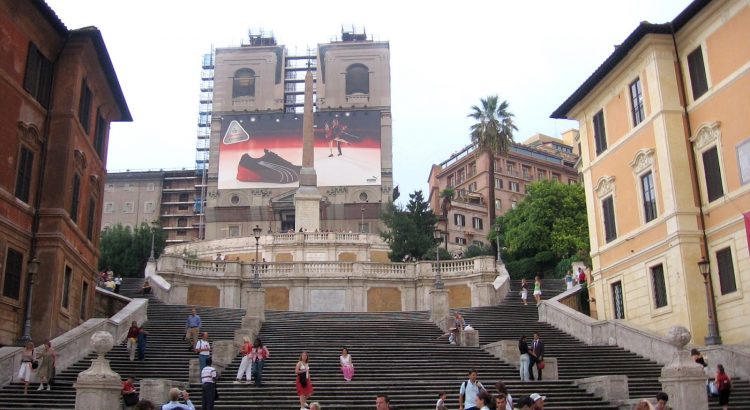 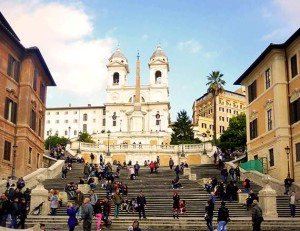 It was a hot and dusty morning when our coach rolled into the suburbs of Rome. Our tour guide told us that the word ‘suburbs’ derives from the ‘Subura’, a district of ancient Rome south of the Tiber. Rome was the first city to have a suburb and that was over two thousand years ago. I pondered on the information as I looked out of the window at the busy and bustling scene, the brightly lit street with its pavements full of well dressed people on their way to work, and the road equally full of enthusiastically driven cars and scooters.

A few minutes later, as the coach slowed in the city traffic, I had a glimpse down a narrow side street. At the other end was a familiar shape. It was either Trajan’s Column or Marcus Aurelius’s Column. Just like that – glimpsed for a second from a coach window, a piece of European History, a fascinating monument that you could spend all day studying, and it passed in a flash.

Eventually we reached our first stop:

The Colosseum, or to give it its real name, the Flavian Amphitheatre. We climbed off the coach into the hot Roman morning. The great structure reared above us. The tour guide explained its bloody history but what really stood out was its strength. It was put up in the 70s A.D. and has survived earthquakes and centuries of weather. As well as suburbs, the Romans invented concrete and used it freely. That is why, explained the tour guide, so many of their buildings still stand.

Nearby was the triumphal Arch of Constantine, the first Christian Emperor who ruled in the fourth century. The sense of meeting the past was overwhelming, and it was strengthened by the everyday bustle of Roman business going on all around. This was no staid museum but a part of the hot, dusty, living city.

Rome is like that. Our next stop was the Trevi Fountain. Again it is a marvel of marble and jetting water, its cooling spray delightful in the dry heat and glare. But to reach it we walked down a lane that could have been in any city.

Then the Pantheon: another Roman marvel in concrete, a gigantic dome with a hole in the roof admitting a jet of brilliant light. The Pantheon, our tour guide told us, was started by Agrippa and finished by Hadrian, nearly nineteen hundred years ago.

After the Pantheon we had some lunch. I found a restaurant on the Piazza del Campidoglio, where I had pasta and fish and a stein of cool Italian beer. Nearby was a statue of a man on a horse. I strolled over and read on the placard that this was a copy of the famous equestrian statue of Marcus Aurelius. The original could be seen in the Capitoline museum.

I decided to go. After all, I had the afternoon free, and who knew what other wonders I might see on the way.