Why Fit A Glass Shower Enclosure? 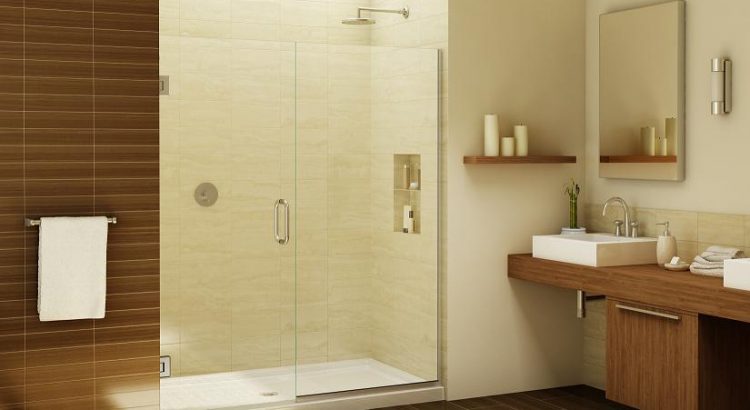 Many bathrooms now have a separate shower cubicle that consists of a shower tray in the corner of the bathroom. Traditionally a chrome pole would have been fitted just under ceiling height, and a plastic shower curtain would have been suspended. Depending on the drop, the curtain may hang onto the bathroom floor or remain inside the shower tray. Either way the bottom of the curtain was immersed in water for a longer period than was advisable and deterioration would set in. The curtains, particularly the outer extremities would be come discoloured or in some case black and would be a place to harbour germs.

The curtains were never attractive and had a rather clinical appearance. They were not always able to be securely fitted and thus could on occasions fall when a shower was being taken flooding the bathroom floor. 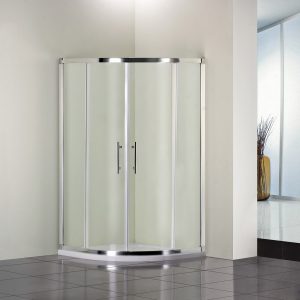 As time has evolved the design of shower cubicles has been improved. The area around the shower basin is now watertight and the shower cubicle is now almost certainly fully tiled. The actual shower equipment has also advanced and with power showers now readily available, and also jet showers which have a massaging effect being fitted in peoples’ homes, the strength of the water flow from the shower has rendered shower curtains ineffective.

Glass shower enclosures provide a setting where, when the shower is being used to its full strength, the water cannot leak onto the bathroom floor. The glass will be safety glass that will ensure that there is no danger should you slip and fall against it. You can either have a sliding door mechanism or a swing door, either of which will be sealed to ensure the enclosure remains watertight.

Glass over the bath.

Another use for the glass is that it can form a panel over the bath. If you have a shower in your bath the old method was to hand a plastic shower curtain and this prevented water in the floor, Now a glass panel can be fitted to the wall on which the shower is fitted and it can project as far along he side of the bath as you require, thus preventing splashing.