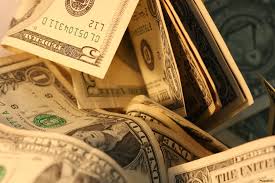 Sending money abroad is more risky depending on where you’re sending money. Some countries might have a more precarious economic or political system. For example, sending a fast money transfer to Somalia as opposed to somewhere within Europe from the UK will for obvious reasons being more inherently risky.

That’s not to say it isn’t possible. If you want to ensure you’re sending your money abroad safely and quickly then you should choose a fast international money transfer company that specializes in sending money to places like Africa.

Another problem that these companies face is the problem of money laundering. This is where people attempt to direct money into foreign markets that has been gained illegally, thereby avoiding the attention of the authorities.

This is a problem especially in places like Africa, and it’s a sign of a good fast money transfer company that they have various safeguards in place to prevent money laundering and the possible funding of terrorism.

These safeguards include ensuring that they understand the mechanics of what money laundering involves, so that they can easily spot transactions which could be deemed to be suspicious. There will also be legal responsibilities for spotting and reporting suspicious transactions.

Obviously money laundering is a serious crime and so the best companies that transfer money abroad is very vigilant against possible money laundering activities – committed to serving their users ethically and effectively.