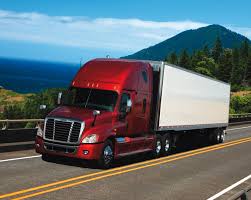 Many firms rely on container haulage services to help ensure their products get from A to B and 2013 may be a busy time for such transport providers. After all, the EEF has released the findings of a survey which suggest manufacturers are optimistic about the outlook for 2013.

Of the organizations polled in its latest manufacturing leaders’ survey, 30 per cent revealed they were expecting an improvement in overall economic conditions in the UK.

Improvements were predicted to be driven by exports, with half of the firms polled expecting export sales to end the year higher than in 2013. Meanwhile, demand from emerging markets featured strongly, with nearly half of the enterprises seeing this as important. This figure rose to almost two-thirds among large firms.

Commenting on the findings, EEF chief executive Terry Scuoler said: “The past year has been a challenging one for UK manufacturers, but as they look to 2013 there is still the potential for growth in their businesses.”

He added: “Overall there are reasons to be optimistic that manufacturers are well placed to benefit from a combination of growth in newer markets and demand for higher value goods; which is exactly what our economy needs.”

Without access to suitable container transport companies, manufacturers would struggle to get their goods to their intended destinations and this could spell disaster. Thankfully, it is now straight forward for bosses to source transport services of this kind. These days, firms are able to despatch their products around the world with ease.