5 of the worst movies of the millennium 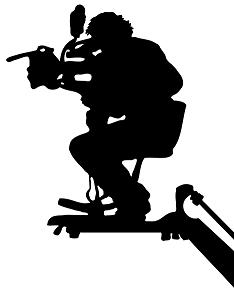 Whilst one can argue that film, and the art of cinematography, is always increasing, there are always a few exceptions to the rule. Whilst we’ve seen some fantastic films in the beginning of this millennium, including some of the most successful of all time, we’ve also had some truly dire examples of cinema. Here, then, are 5 of the worst movies since 2000.

If there’s one thing people hate, it’s awful remakes. Some can be fantastic but, whilst the combination of Planet of the Apes and Tim Burton sounds like a match made in heaven, the finished result was far from it. The film replaces many elements of the original and doesn’t live up to Tim Burton’s high visual standards. Set on a distant planet when man, and ape, crash-land, the film has too many loose plot holes. For instance, where did the horses come from?

Although it starred John Travolta, Battlefield Earth is known as one of the biggest cinema flops of its time. The film simple failed to make its money back, and it’s easy to see why. Known for its poor writing, poor directing and virtually everything else that can be criticised, this is not a film many proudly display in their collection and with good reason.

The Matrix Revolutions was a film that, arguably, banked any success on the praise of the films before it. Whilst The Matrix Reloaded was never as good as The Matrix, the third and final entry took the series to new depths. For a franchise entitled “The Matrix”, it’s surprising how little of the film features in the titular computer programme or makes sense in general. Perhaps the very definition of lacklustre, this film fails to achieve anything the original film pulled off successfully.

If there’s a film known worldwide for being terrible, Catwoman has a good chance of earning that honour. Even before it was nominated for various Golden Raspberry awards, it was known as an utter failure. The film is generic and bland, failing to captivate the character of Catwoman or the original setting the anti-hero is best known for.

Sometimes the worst films don’t even make it to the big screen. If the name alone doesn’t tip you off, Shriek If You Know What I Did Last Friday the 13th is, perhaps, one of the worst direct-to-video movies in existence. This film follows in the footsteps of both Scary Movie and the resulting parody movies; the latter of which were poorly received themselves. As you can guess, the quality found here isn’t much better. A definite film to avoid!